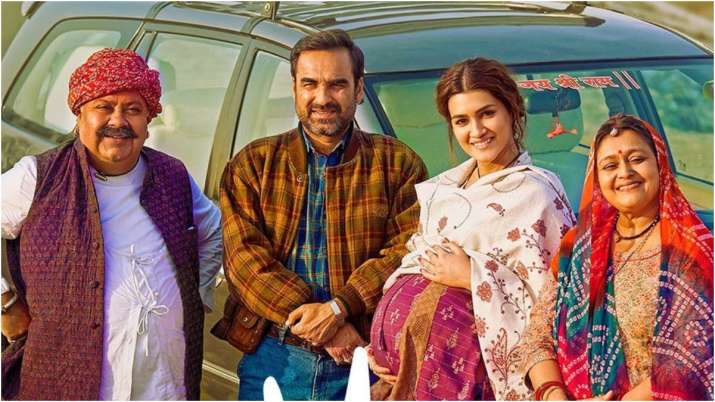 It’s a positive and a long awaited development that Bollywood is venturing into thematic cinema. Especially into untouched waters with topics like late adulthood pregnancy, same sex relationships and surrogacy. While it still simply cannot refrain from dramatization, the progress is evident and more and more film makers are venturing into socially important themes lately. Is it after all an indication of an upward graph for many more years to come or just a phase, we shall find out. But Mimi is a part of it and a commendable one at that.

This must be the one movie that explored and presented Kriti Sanon at her best. She plays a dancer aspiring to make it large in Bollywood, though not without unnecessary drama, but ends up at a place she doesn’t as much as fathom at the start. She opts to become a surrogate to an American couple who put her through experiences that no woman would ever want to be in. While the story is great, some elements included in the process of its materialization do stand out.

Religious elements and their biased glorification has always been an issue in Hindi cinema but I could say Mimi presents the most balanced form of it. There is a conventional Hindu family and a conventional Muslim one. Both of them have their ups and downs and are presented clearly as the backdrop of the story and not as a subjective element included intentionally as a part of some twisted propaganda. And for once, the rural Indian lifestyle from Rajasthan isn’t that sombre, dry or that of romanticized/extra dramatized poverty with patriarchy leading the narrative. All the facilitating elements of the story are just that – and not subjective elements that stand out on their own at some carefully crafted parts.

I would call Mimi a mature movie for Bollywood standards but it hasn’t ducked down completely from mediocre dialogues, emotional drama and punch lines. But it has crossed the average line that has strangled Bollywood for a while now and has landed commendably ahead. And it has figured a rather appreciable way to end the story that is curious and well paced all along. Surrogacy is definitely a topic that deserved attention in popular culture and Mimi has done justice to the topic alright. It has an indulging story. It does get you involved and rooting for the characters. It has its well timed and executed humour. It has befitting music. And it has Pankaj Tripathi. Definitely recommended.