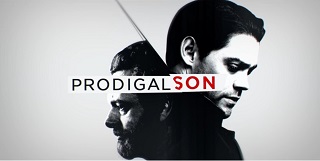 Sometimes all a literature enthusiast needs is an indulging story that keeps her glued to the book until the end. To narrate a captivating story without falling prey to the urges of including too many literary elements is an impressive skill for me, especially for seasoned writers like Danielle Steel who is arguably a master of romantic novels. ‘Prodigal Son’ was my first experience with her works, and I can confidently say that I will be picking up more of her works without a second thought.

I’m someone who is generally drawn to books like Harry Potter or Song of Ice and Fire; ones that create parallel universes and unveil out of the world stories. But every once in a while, romantic and novels of similar genre are just what we need to dot the reader’s flow with interesting breaks. While I have come across rather dull novels in the given genre, Danielle Steel stands out as someone who achieves captivation through the ordinary.  Prodigal Son, one of her best works, is a brilliant read for the elements – story, crisp storytelling and a comfortable plot that hooks the reader not exactly on the edge of the seat but in a very relaxed and indulged mood.

The story is not exactly something that a seasoned reader would not predict. Peter and Michael, twin brothers always different from each other in every way, find different paths to lead lives that eventually converge to bring about a number of twists in both their lives. The characters around the brothers are mostly subtle, and mildly contributing to the progress of the story – other than Ben, Michael’s son, who motivates a major plot reveal. Other than that, the story mostly takes place in the minds of Peter and Michael.

The narration technique Steel adopts is third person, which is a considerably uncomfortable place to be for a reader; but this novel manages it fairly well. Watching the story unveil from the perspective of almost every character is not the most ideal vantage point for a reader, at least in my opinion. But I believe it is a challenge for the writer to balance the viewpoints as well, and Steel has done it really well in Prodigal Son.

The highlight of the novel, for me, was the flow of consciousness that Steel has particularly focused on with regard to Peter. Peter is the one who goes through the most stages through the novel and his thoughts and experiences at every stage of his life are more elaborative than the rest. Watching the sequences unfold through the eyes of this sorted, successful man who had a challenging childhood and an eventual life crisis makes the book an enjoyable read.

Prodigal Son was one of those books that I completed super fast, hardly putting it down until it got over. The simplicity of the book accompanied by the efficiency of the story makes it worth a read for all kinds of readers.