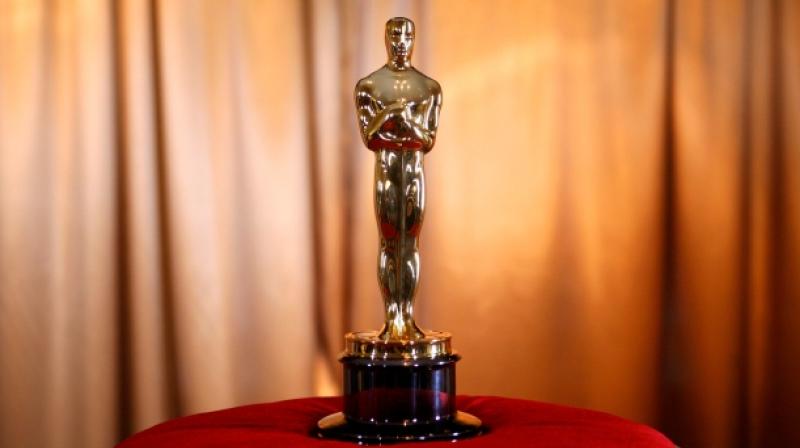 One of my students asked me to discuss this topic in class, and I assume it came from the then relevant Bollywood controversy centring the ace music director AR Rahman. The loved musician, commonly known for his dignified and calm demeanour, ended up tweeting against the Bollywood lobby that has been trying to defame him, with rather evident frustration.

Rahman claimed that there has always been a Bollywood lobby that has tried its best to keep him out of work and his way of excellence. To this tweet, the famed Indian cinema director Shekhar Kapur responded saying this.

“You know what your problem is Rahman? You went and got Oscars. An Oscar is a kiss of death in Bollywood. It means you have more talent than Bollywood can handle…”

“Oscar is the kiss of death in Bollywood.” “It means you have more talent than Bollywood can handle.” These sentences are pretty much the summary of what Indian cinema feels about the prestigious Academy Awards. The interesting exchange between Rahman and Kapur on twitter consequentially leads to a major question of how capable our Indian film industry is, and how comfortable it is with its own levels of mediocrity and defensive against excellence.

I’m not exactly a fan of award shows or awards in the first place. The common idea that these shows are fake and financially driven by nepotism favoured Bollywood biggies has rooted itself in my mind. Honestly, I did not believe Oscars was any different. So even though there was some regard for the Oscars because it is, by the book, the biggest film award in the world, there are plenty of reports in major publications around the world that claim Oscars to be biased and even rigged. Therefore when it comes to appreciating cinematic content based on the awards they have received, I generally take things with a pinch of salt.

However, keeping the facts and assumptions about the legitimacy of the Academy Awards aside, let’s turn to page Bollywood in the book of Oscars because we’re specifically talking of it here. Over the course of 100 years, Bollywood has to its name a whopping total of seven Oscar awards. I refer to Bollywood here because it has rigged the spot of ‘Biggest film industry in India’ through whatsoever means, conveniently outdoing the rest of the film industries (most of which are evidently better than Bollywood) in terms of popularity. For all the claims of glamour and power play that Bollywood makes, the Oscars have remained a sore grape for the industry. As for the rest of the film fraternity in India – from Malayalam to Bhojpuri, there are movies that outdo even the so claimed ‘biggest’ Bollywood films in the blink of an eye. Even though they bring home major recognitions from international platforms, they have never managed to secure their place for Oscar nominations against Bollywood movies. Tamil, Marathi, Bengali, Malayalam, Telugu, Gujrathi, Konkani and Assamese films have been submitted to the Oscars but they have never been nominated.

The Oscar fame in Indian cinema is limited to costume design by Bhanu Athaiya, honorary lifetime achievement for Sathyajit Ray, best original score by Rahman and Gulzar, and best sound mixing by Resul Pookutty. While these awards are milestones in themselves, the sentence “Oscar is the kiss of death in Bollywood” by Shekhar Kapur reflects a deep set rejection of excellence prevalent in the industry. The recent controversy of the submission of Gully Boy to the Oscars over a number of other presumably ‘better’ films acts as a validation to the notion that Bollywood is hardly driven by talent and excellence – and the Academy Awards, even if within the reach of Indian talent, is blocked from entry to the country by this mediocrity embracing lobby.

I cannot confidently claim that it has always been like this. Firstly, we have no idea what happens in the insider circles of the film industries and contrary to what we would like to believe, a lot of worthy vernacular movies have been submitted to the Oscars in the past. However, the times have evidently changed and world cinema has reached unbeknownst standards of both technological utilization and employing psychological dynamics. From that vantage point of being familiar with the standards of world cinema, the submission of Gully Boy to contest against a movie like Parasite seems like a poorly calculated; or wrongly guided move. The questions that come into mind are whether India has no movie that can better fit the submission parameters, or if there are plenty of movies, but the lobby is just stronger.

Yes, an underlying assumption can confidently made that genuine movies from India most of the times do not make it to the top end of the chartbuster or popularity list, easily leaving them out of the Oscar reach. The Bollywood lobby and a number of other petty factors are responsible for this. However, even if all barriers for good movies are removed and the best Indian movie is submitted for the Oscars, there still lies another prominent barrier as reported by Deccan Herald in September 2019 – visibility. Irony blew itself off the ceiling right here.

The visibility factor is a prominent determinant for Oscar awards and Indian cinema has often failed at beating foreign movies in this regard. This is also why vernacular Indian cinema is hardly the best shot at bringing home an Academy award – up until very recently, vernacular cinema has not even contested with Bollywood in terms of popularity. Even with commendable quality, the lack of visibility, which apparently comes at an extremely high price, has remained a barrier for Indian cinema. Most Indian movies don’t even get released in USA, let alone grab the attention of the determinants of the Oscars.

In fact, one of the reports in daily-O claimed that a movie spends anywhere between $3-10 million for Oscar visibility alone. Indian cinema has only managed to spend over $1 million by far for the purpose.

The same report also claimed that Indian cinema hardly makes movies targeting the Academy Awards, unlike many other industries. The Film Federation of India picks one movie that it deems eligible for the Oscars every year out of the many that were created for commercial and artistic reasons, but none of them aiming at the highest movie award in the first place. There are other industries that create a film and expose it to the international platforms so much, and way before the Oscars call for entries, that they become a natural choice. The absence of the orientation at the production phase easily puts Indian cinema at a major disadvantage in the Oscar race.

A notable argument made on Firstpost says that this tradition of the Oscars honouring a foreign language film under such category is in itself flawed. Over the years, 56 European movies have taken home this award and only 6 Asian movies have. The lobby is evidently stronger and more effective with European movies that already have to their advantage the impressions made by their predecessors, which proves to be a fundamental flaw restricting other movies from an honourable place in the competition.

To sum it up, the fact is indisputable that Indian cinema is not incompetent, leaving out the box office trends that mislead the audiences. If quality was the only determinant, Indian cinema would have had a good count of Academy Awards to its share. There is also no denying that what the Indian audiences appreciate in a movie, the American critics and audiences might find completely irrelevant or even outrageous.

Ironically though, the prominent reason for Indian cinema remaining on the clapping end of the Oscars events is the inability to lobby – the one thing Indian cinema (Bollywood especially) is accused of being notoriously good at. Turns out there are bigger fish in the sea, then. However, the bigger fish have apparently threatened the industry so much that Oscars have turned into ‘kisses of death’ in Bollywood. The lobby that is inefficient of bringing home the biggest cinema award is highly efficient in shunning and defaming the ones that do prove themselves worthy of it in the country.

A (really) small ray of hope is the submission of Gully Boy – whose submission many of us, evidently including me, have criticised based on the content. However, going by the understanding of Oscar determinants, there is a good chance Zoya Akhtar ends up ticking the boxes and giving the competition a slightly notable run for their money. Even with the prejudices associated with the film, we might as well accept that Gully Boy could ‘best represent the country it comes from’, which is one of the screening factors for awarding best foreign language cinema. Not to get our hopes too high up though – the competition is way ahead anyways.

I do, however, stick by my argument that content must always drive the submissions of Indian cinema to the Oscars, even though there lie factors like lobby and cultural differences in determinants. It is dignified to lose the Oscar holding a worthy movie in hand than lose it with an unworthy movie and a failed lobby. One day or another, the content will be good enough to outdo the external determinants – which will be a victory that shall undoubtedly set a deep rooted international trajectory for Indian cinema.